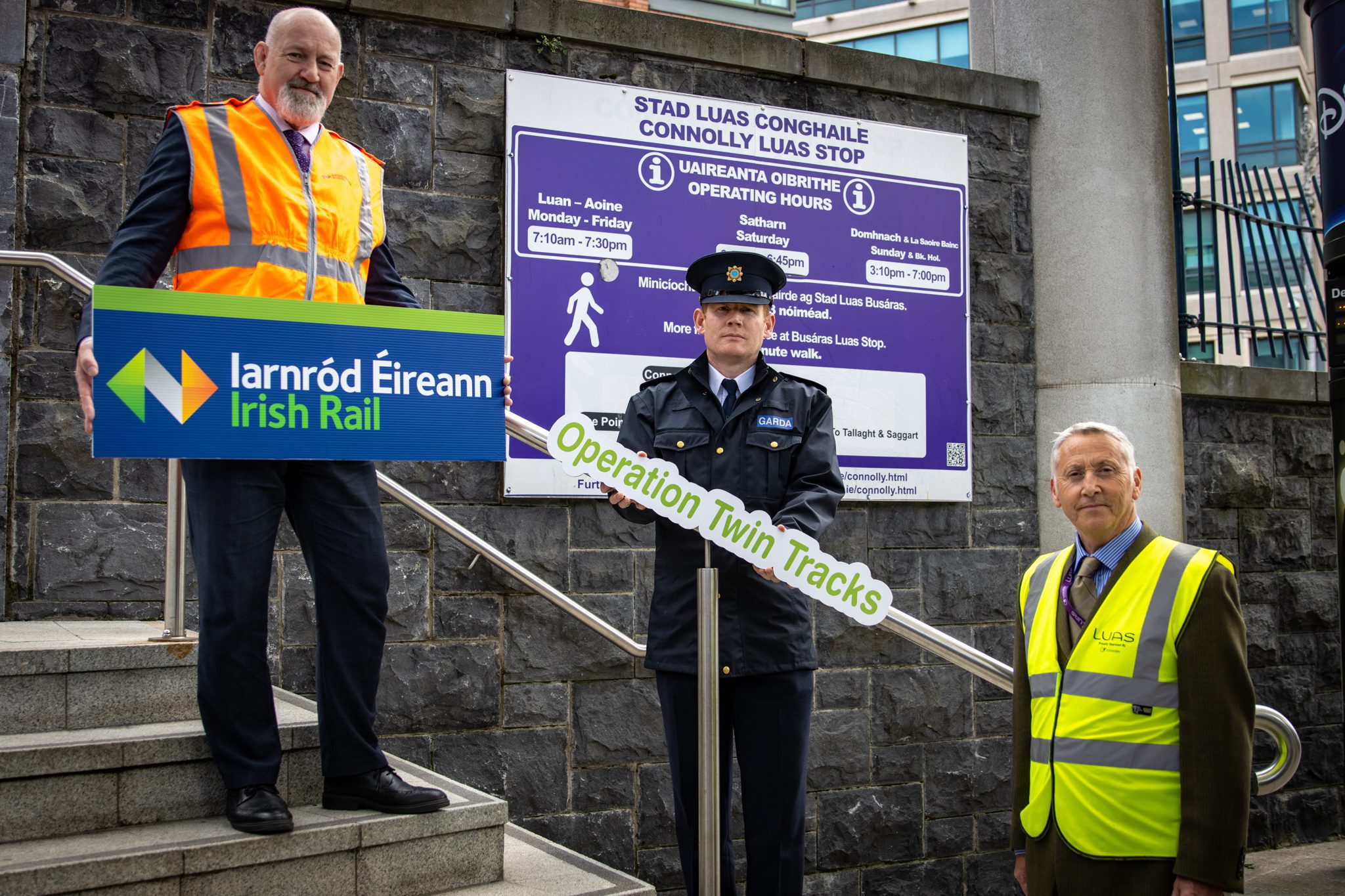 Gardaí engaged in special operations on two different dates in June and July, to patrol the DART, Luas and eight inter-city rail routes in a bid to prevent and detect anti-social behaviour.

As part of ‘Operation Twin Tracks’, two national community engagement and rail safety partnership days took place on 3 June and 27 July, in partnership with the DART, InterCity rail, and the Luas. The focus is on pro-engagement and a high level of visibility on the rail networks and at train stations nationwide.

The two primary elements of the operation are community engagement and rail safety, achieved by high visibility public engagement and delivery of crime prevention advice. High visibility patrolling operated between the hours of 3pm and 11pm each day within the Dublin Region (Connolly and Heuston Stations) and nationwide on eight intercity routes.

Some of the key objectives were to engage with the public and provide crime prevention advice, to support Irish Rail and Transdev Ireland (Luas) personnel in tackling these issues, to detect and investigate crime, and to improve rail safety.