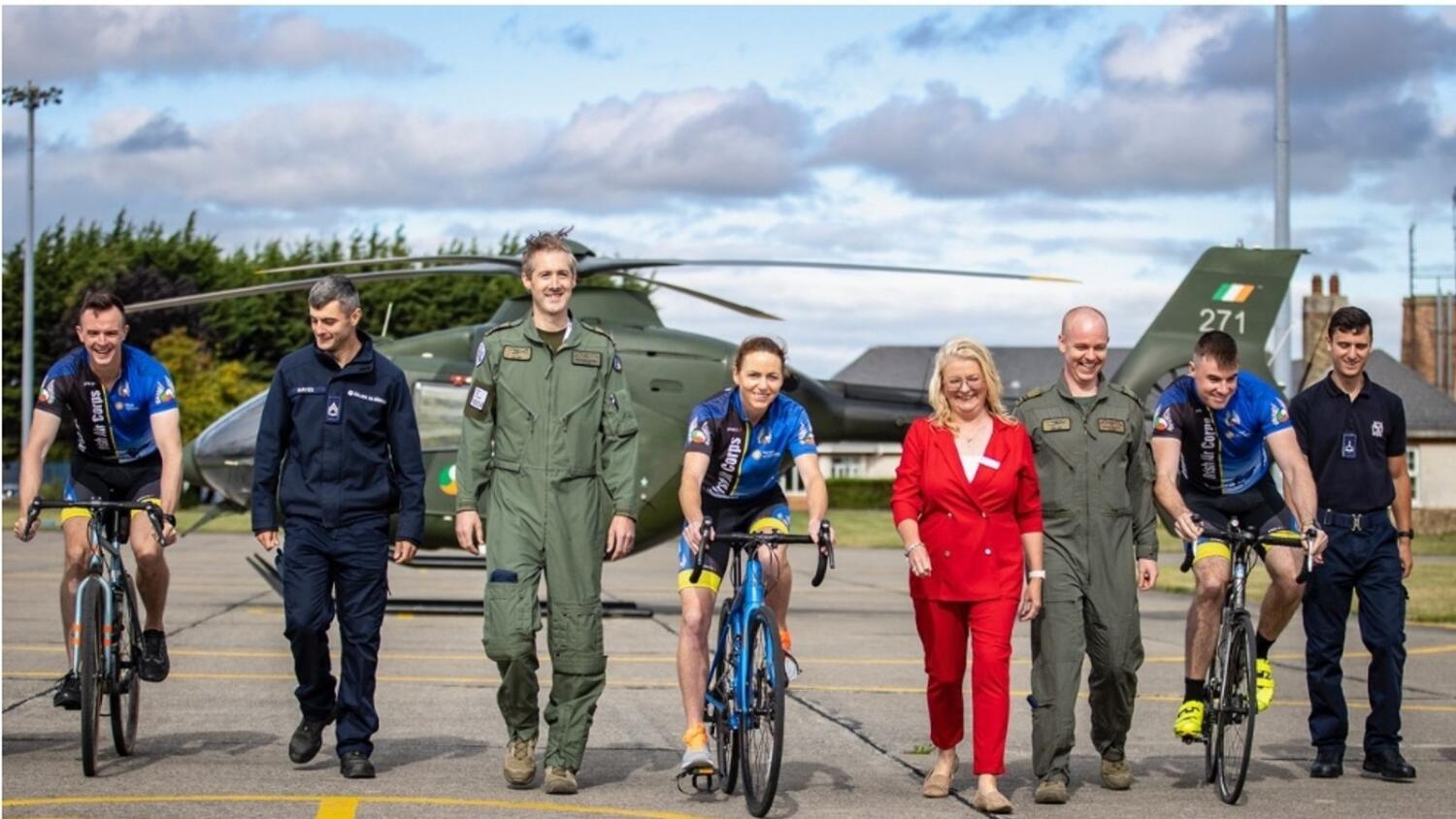 As part of the Irish Air Corps centenary celebrations, over 50 members of the Air Corps will take to the road to cycle 750km between Mizen Head and Malin Head from 5-9 September in a bid to raise €20,000 for Cancer Support Sanctuary LARCC.

A community-based cancer support centre in Multyfarnham, Co. Westmeath, Cancer Support Sanctuary LARCC has very close links with the Irish Air Corps – one of its founders is Commandant Frank Russell who joined the Air Corps in 1964 before he retired in 2009.

Covering a career that spanned 45 years as a Search and Rescue pilot, he published a collection of helicopter rescue stories and photographs ‘Air, Sea and Land Memories – a pilot revisits’ in early 2021 to raise funds for the Westmeath charity, which we featured in a previous issue of ‘Emergency Services Ireland’.

Alongside its suite of professional services, offered on an appointment basis, LARCC is the only centre in Ireland offering therapeutic residential breaks for cancer patients. 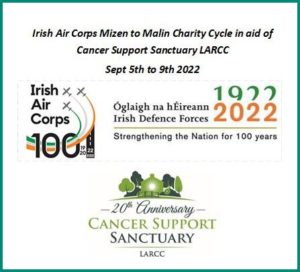 General manager Bernie McHugh said that the charity “is delighted and honoured to have the support of the Air Corps in this historic year for such an iconic element of the Irish Defence Forces”.

She added that the funds raised from this charity cycle “will be immense in helping us to continue to provide our vital professional support services to so many cancer patients in the community and from all parts of Ireland”.

The group of 50 Air Corps personnel taking part from all ranks will be led by Commandant Stephen Byrne, who noted “it is appropriate that one of our celebration activities for our 100th anniversary should be to help a vital service for cancer patients. Our members taking part are delighted to have the opportunity to raise funds for the Cancer Support Sanctuary LARCC and we’re asking the Irish public to donate generously in whatever way they can.”

Click here  for further details about the charity’s upcoming event.