EVENTS TO MARK THE CENTENARY OF AN GARDA SÍOCHÁNA 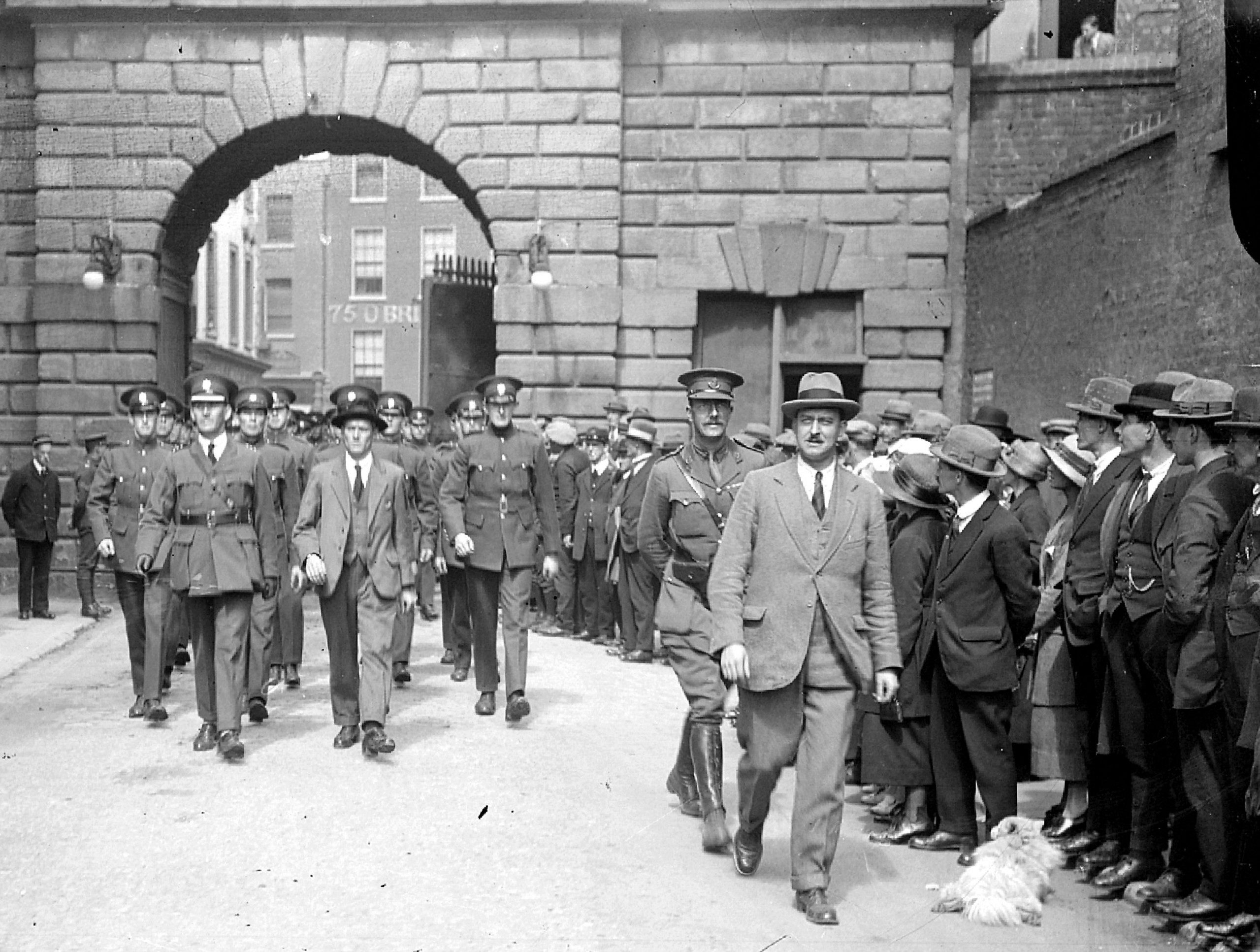 Several initiatives and events are taking place throughout this year to mark the centenary of the establishment of An Garda Síochána in 1922, the occupation of the Four Courts and the enactment of the Irish Free State Constitution.

“The Decade of Centenaries Programme provides a critical opportunity to focus on the development of access to historical records and primary sources from this key period. To this end, the Department of Justice will commence several projects to provide access to records from the early decades of the State,” according to Minister for Justice, Helen McEntee TD.

Launching the Justice Sector Programme of commemorative events for 2022-2024, which forms part of the Decade of Centenaries Programme, Minister McEntee said it will include cataloguing of early 20th century departmental files for release to the national archives and the commissioning of a written history of the first 50 years of the Department.

“Over the past decade, we have collectively reflected on many of the formative events in the history of our State as part of the Decade of Centenaries. The period saw the foundation of the State and the establishment, or, in some cases, the handing over of many of the institutions and administrative pillars which have served us since then.

“Both 1922 and the years that followed saw many developments and transitions, including the end to the revolutionary Dáil Courts regime and the establishment of the Courts system of the new State. These were tumultuous years as the new State came into being. Both the Department of Justice, its forerunner, the Department of Home Affairs, and the various other parts of the justice sector were central to that time and that work.

“The Decade of Centenaries Justice Sector Programme 2022-24 will capture some of the importance of this work and help bring some new insights and understanding to those years. This must be an open and honest discussion, and throughout we will attempt to consider all aspects of our history – those that are well known, and those which may not have received enough discussion in the past.”